A Guide to Falconry in Galway 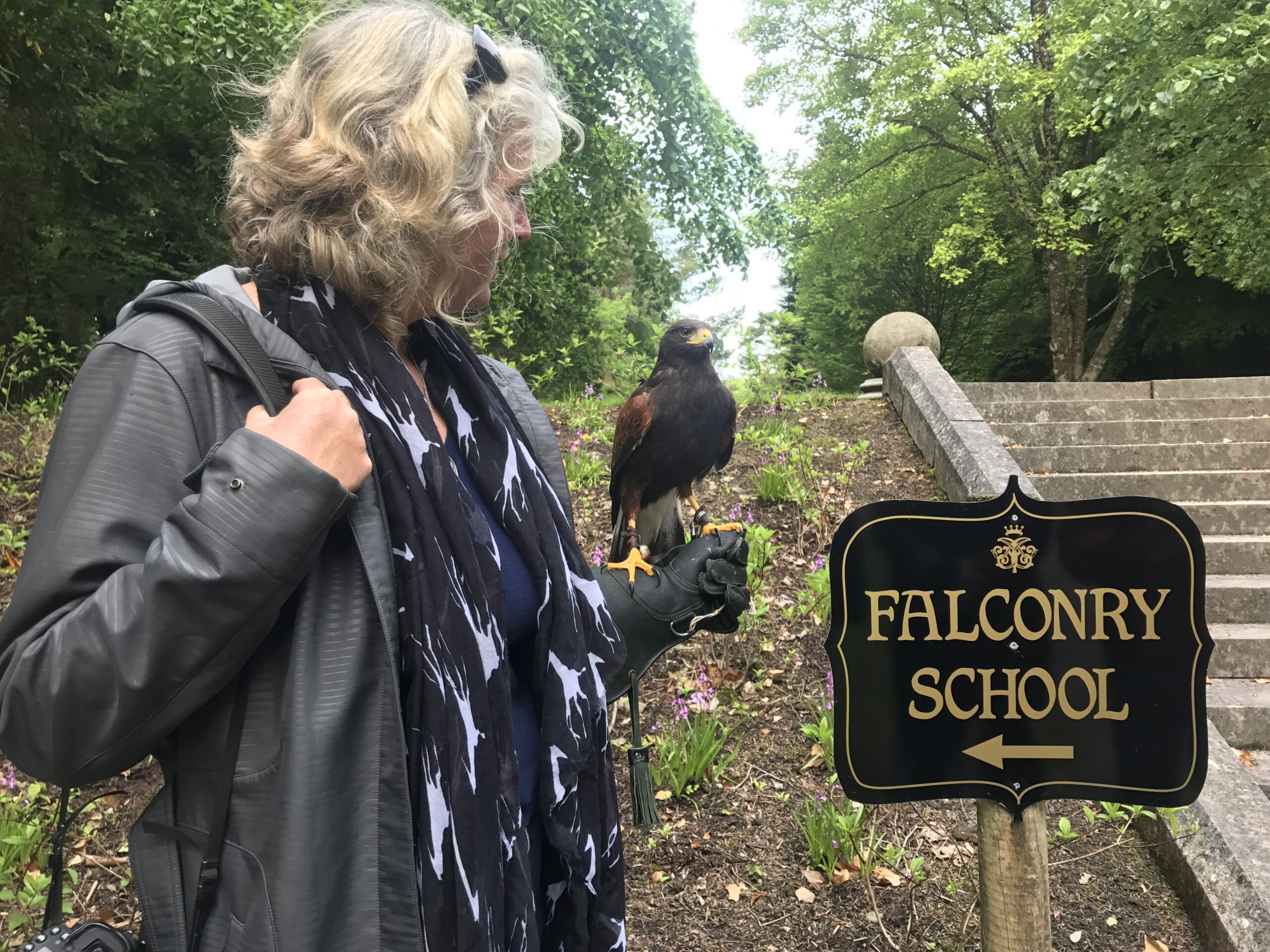 In the past, Falconry was commonly associated with nobility or upper classes, however today it is practiced by trained professionals who work with these birds to preserve the craft and to protect the avian species. It’s considered one of the oldest sports in the world.

For our trip to Ireland, we were fortunate enough to partake in a lesson at the Ireland’s School of Falconry in Galway, where we watched our instructor teach the group how to properly interact with varying species of falcons. He also taught us about the wonderful hawks living on the Falconry grounds. While Falcon season is in September, the quiet lulls of May are also a good time to visit the Falconry due to the decline in tourism.

Learning about Falconry isn’t the same as experiencing it firsthand. So not only did we get to see the birds, we got to put on a leather glove and call out to a falcon for ourselves (under supervision, of course). Imagine watching a mighty bird flying to your beckoning arm at full speed, fierce talons pointed in your direction from just a few meters away. It’s hauntingly beautiful.

The origin of Falconry is often disputed, yet the practice has been recorded in ancient writings from all over the world. According to the International Association for Falconry, Falconry in Ireland was already established by the late Celtic times (7th century), although they were sold more than used for sport. This is also where the very earliest legislations surrounding Falconry were established.

Although the Sparrowhawk remains an classic favorite in Ireland, the most popular Falconry species are the Goshawk and the Peregrine. The sport has also evolved over the years, formerly performed by a group of hunters, and now limited to the highly technical, snipe hawking.

Fun fact: The Peregrine falcon can top 200 miles/hour while diving for prey. It’s the fastest diving bird known to man.

The Ireland’s School of Falconry is located inside the Ashford Castle estate. It’s currently the oldest established Falconry School in Ireland. For our trip, we spent a one hour visit learning about the falcons and the owls living in the estate. We saw their homes, learned their names, and even got to practice calling some over.

Once inside the Falconry’s main building, we were able to learn more about the school and the lives of the birds from an educational perspective. There was a display with actual talons from various avian species, some feather samples, and a small container with newly hatched baby birds!

Trekking through the forest with a living falcon was an unforgettable experience. It was truly a pleasure to see the falcons take flight in their element from up close. While some may say that Falconry as a practice is a cruel sport, the sport has influenced a positive force for the environment and for falcons in Ireland. From organizations such as the International Union for the Conservation of Nature, and the Irish Hawking Club, issues such as ethical conservation and animal rights are continuously being monitored with means to preserve the life and integrity of these creatures.