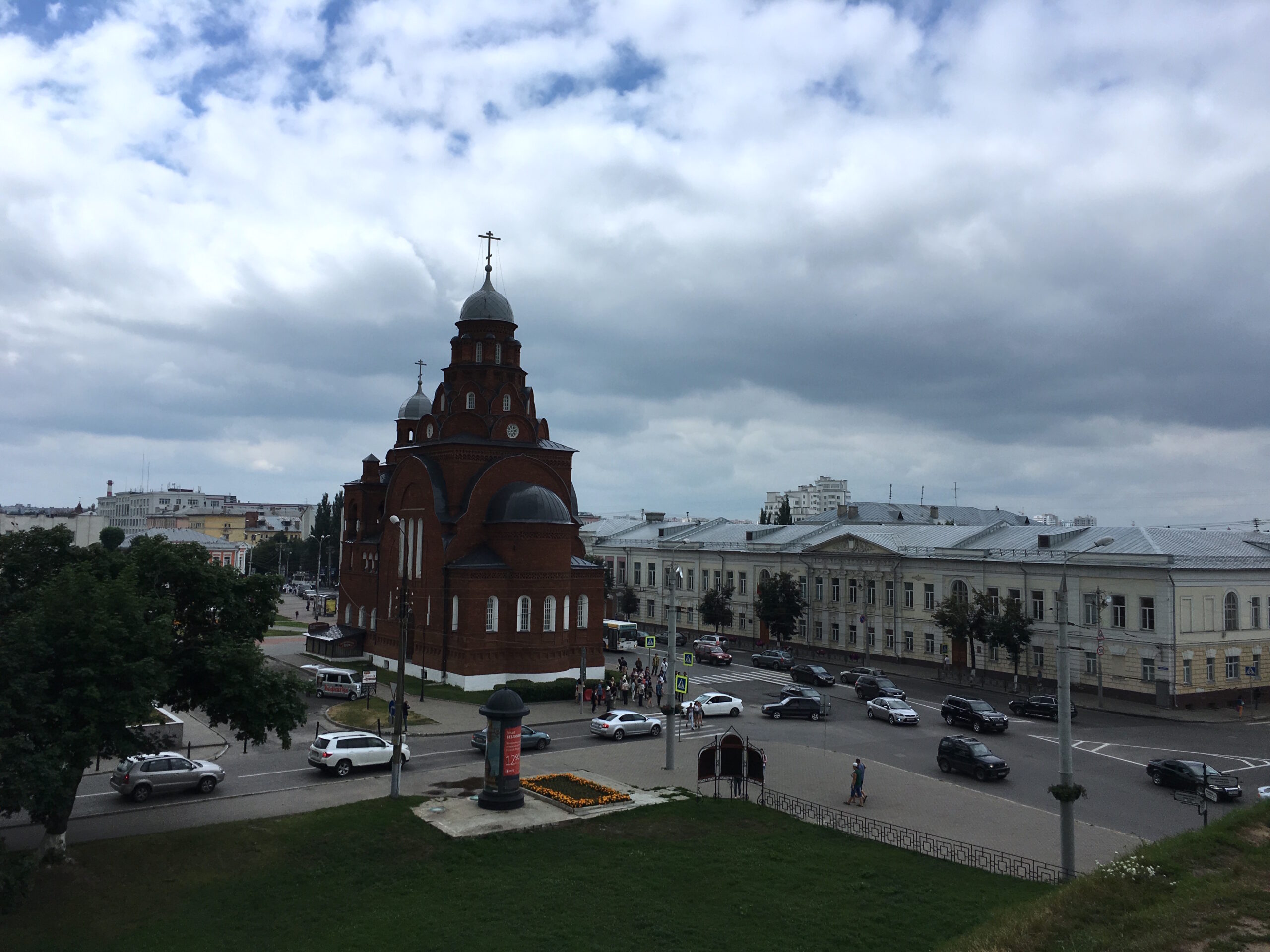 What is it about Russia that’s so mysterious yet so alluring at the same time? Is it the beautiful, well preserved 12th century architecture? Or is it the seemingly quaint atmosphere with a strong presence coursing through the city’s veins? Whatever the case may be, this massive country is the home to a multitude of unique cities with many stories to tell. It is definitely a must visit for any travel junkie or curious traveler.

For our trip we were able to visit some parts of the famous Golden Ring circuit, a tourist route uniting several mediaeval Russian cities within central European Russia. Our first stop was of course, the popular city of Vladimir which was formerly the capital of Russia. This city is older than Moscow and other current cities.

The city was first brought to life when Prince Vladimir Monomakh decidedly built a large fortress to protect the area from the south-east. From there on, history has unraveled to form the crucial Russian city we know today. Read on to see some of what you can expect to see on your trip here.

It’s no surprise that Vladimir is known for its centuries old architecture and deep history. For those who are interested in getting to know more about this aspect of the city, your first and arguably most important destination should be Dormition Cathedral. This pre-Mongolian gem was erected during the reign of Prince Andrei Bogolyubsky in 1158. Inside you will find frescoes made by Russian painter Andrei Rublev as well as have the opportunity to witness the burial place for Vladimir’s princes including Prince Alexander Bogolyubsky and Prince Georgy Vsevolodovich.

The Dormition Cathedral is the namesake for resilience and the evolution  of the city. It survived two devastating fires, became a central palace for important crowning ceremonies at one point, and held services as a part of Stalin’s plan to enlist the Orthodox Church for support for the war against the Nazis. It is truly a representation of the heart and soul of the city. The city of Vladimir was founded by Vladimir Monomakh, Grand prince of Kiev, in 1108. Located just a brief walk from the Dormition Cathedral, this monument rests in the middle of a quaint park. Why visit this statue? Because it is the perfect embodiment of the spirit of Russia and its people: brave, powerful, and courageous. This monument is without a doubt an essential, must visit destination while touring this city for the first time thanks to its location on the high cliffs of the Okra River.

The Cathedral of St. Demetrius

After you’ve had the opportunity to take in the panoramic view from the Monument to Monomakh, walk just a couple of minutes until you get to the Cathedral of St. Demetrius. This monument was finished in 1197 as a means to honor Saint Demetrius of Thessaloniki, who was one of the most important Orthodox military saints of the middle ages.

Today, it is a critical component of the White Monuments of Vladimir and Suzdal as well as a UNESCO World Heritage Site. Explore the cathedral’s exterior and take in the detailed shallow relief carvings full of real and imaginary flora and fauna. There are also intricate depictions of religious scenery such as a depiction of King David surrounded by angels and chimeras. Inside, you will see beautiful 12th century frescoes and more.

Sobornaya square is the heart of the city. Here you will find some official buildings, monuments, churches, and of course many people! Along with a “I Love Vladimir” sign, you will see an iconic statue of Lenin, entertainers performing along the streets, and possibly a small local parade if you visit on a special date. You can also find a visitor center with brochures and additional information about the city and its attractions. Seen enough of the beautiful religious arts and marvelous architectural feats for a day? No problem. Head over to the Monument Vladimir Cherry, where you will be greeted by a small statue of a cherry in a bowl. What is this about, you may ask yourself. Well, this cherry is a tribute to all the cherry orchards that covered most of the city back in pre revolutionary times. Legend behind the cherry says that wandering monks in the 16th century first brought the thermophilic fruit into the city. The Vladimir cherries were so famous that they were served at the Patriarch and the royal family’s table. Today, the neighboring garden grows four of five special types of cherries.

Visit the Patriarch’s Garden past the monument, and see the magic for yourself. The garden is home to four unique cherry varieties that were made as a result of crossbreeding between the fragile southern tree and the local frost-resistant ground cherry.

Tired from all the exploring? Have a pancake or two at the nearby Blinchiki Cafe. This small retro cafe lies within a building influenced by older architecture and it specializes in Blini. Blini is a popular Russian pancake made from wheat or buckwheat flour and served with sweet or savory toppings. It makes for a quick tasty snack for those who are on the go.

Walk off the snack by taking a quick walk through Georgievskaya Ulitsa. This pedestrian-only street was created in 2015 and is chock full of interesting stores, bronze statues of 19 century historical figures, and quaint museums. If you are here in the afternoon, you can catch a beautiful, well lit view from a well kept viewing terrace nearby.

Constructed between 1158 and 1164, this gate is one of the oldest monuments of Russian military-defense architecture of the 12th century. This roughly 800 year old gate served as an important entrance to the richest princely-boyar part of the city of Vladimir. The Golden Gate was originally built out of white stone along with sections of heavy oak which were covered with gilded copper sheets. Today, you can see part of the original gate’s arch along with a church crowned by a golden dome. There is also a museum dedicated to the history of Vladimir inside the Golden Gate. End your trip through the city at this quaint, but beautiful church. Built in 1893, this is one of the more popular churches in Vladimir as it is known for its golden structures and peaceful atmosphere. It is dedicated to the guardian god of the Russian army, Angel Michael. If you are lucky enough to visit on a Sunday, you can take part in a weekly service which is open to the public. If not, you can still find some pretty astonishing frescoes and beautiful architectural detailing.

Also important to note are the cultural customs which any visitor entering a religious church should adhere to. Women should cover their heads and bare shoulders when entering a church while men should remove their hats while inside church and avoid wearing shorts.

To learn more visit our TV Series Beyond Moscow on Amazon Prime Here.