Experience the Wonders Inside the Prestigious Royal Compound in Belgrade, Serbia 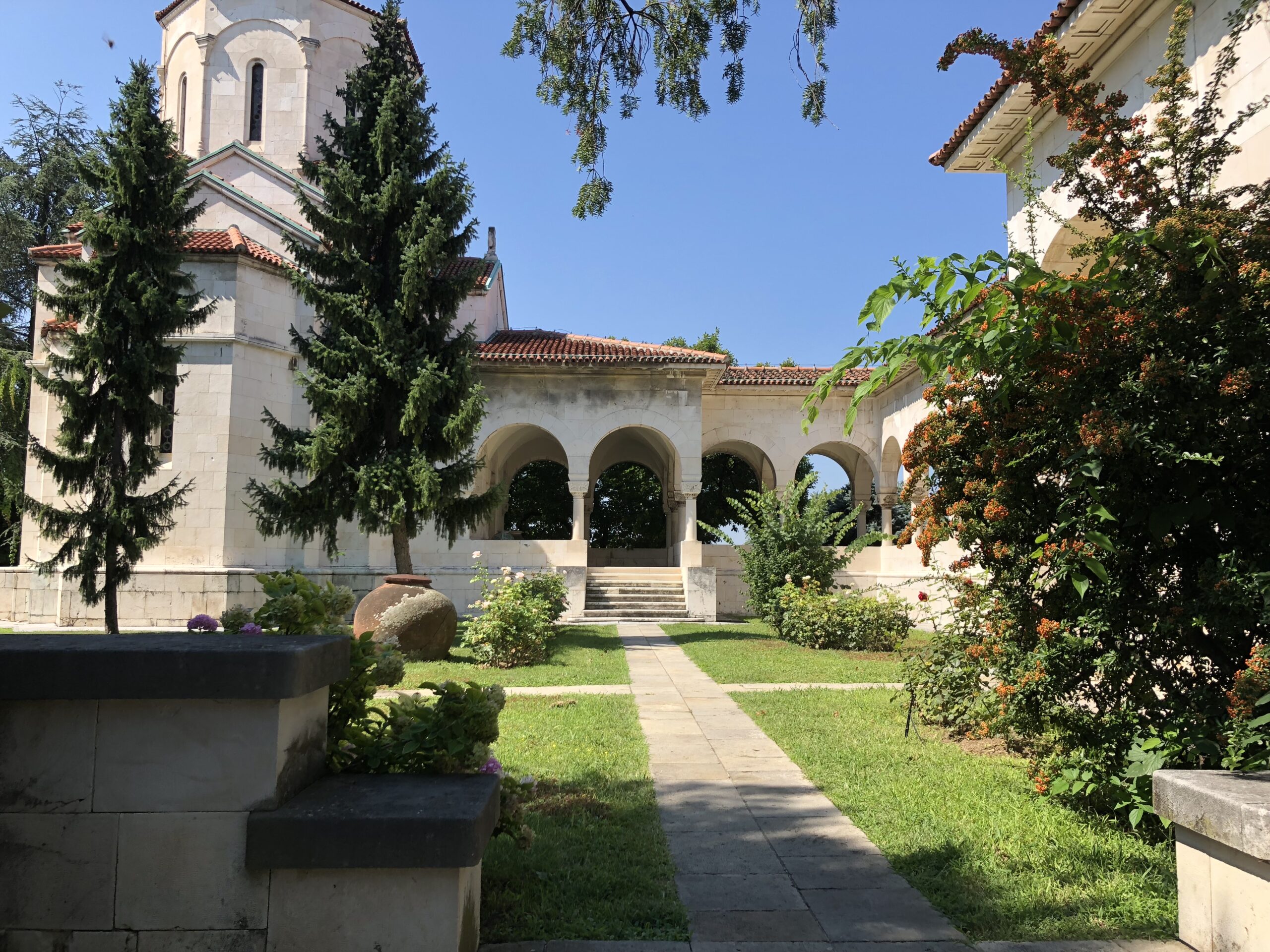 The Royal Compound is a complex made up of two major buildings: the White Palace and the Royal Palace, the latter of which currently houses members of the Karadjordjević family dynasty. It sits in the midst of luscious greenery in the wealthy neighborhood of Dedinje.

Today, the Royal Palace is home to Crown Prince Alexander and his family who although no longer rule, spend a lot of their time doing charitable work. Visitors can book a tour and take a look at select parts of the buildings as well as learn about the interesting history behind this impressive complex. Before booking a tour, it’s important to register at the Tourist Organization of Belgrade. Details regarding scheduling for tours can be found on the Royal Palace’s official website.

The history behind the complex is intricate and part of what makes it fascinating. Its construction began with the Royal Palace between 1924 to 1929 as a home for King Alexander I and Queen Maria, the first monarch of the Kingdom of Serbs, Croats and Slovenes (also known as Yugoslavia at the time). They completed the building using their own funds.

Alexander I was the second king to hold the throne to what was then known as the Kingdom of Serbs, Croats and Slovenes. The Royal Palace was built with the intention to serve as his home away from the city noise and the public eye.

Royal Palace and the Chapel:

The Royal Palace was designed by Russian architects Živojin Nikolić and Nikolai Krasnov, from the Royal Academy. The Serbo – Byzantine style villa features a library, the King’s office, the Blue Salon, the Great dining room and the Atrium on the first floor. This part of the palace is only accessible to the public via an official tour.

Next to the Palace is the Royal Chapel, which is dedicated to Saint Apostle Andrew The First-Called, who was the Patron Saint of The Royal Family. It was built at the same time as the palace and is attached to it through a colonnade with arches. The chapel is decorated with exquisite fresco paintings of saints made by Russian painters.

Around the palace compound are French and English style gardens lined with sweeps of rolling lawns and neatly trimmed trees where people can experience a natural, pastoral landscape.

The White Palace was built between 1934 – 1937 through the King’s personal funds and was originally intended to serve as a private accommodation for his three sons when they became of age. King Alexander I was murdered before he could get to see it completed. It was ultimately completed by King Petar II’s great uncle, Prince Regent Pavle. Today, it is used for meetings and official functions, such as Prince Charles’ visit back in 2016.

The world of the royals is truly a marvel to witness firsthand. A visit to the Royal Compound is much more than your average visit to a regular museum because not only is this place a historical monument, it is a fully functioning home to Royal Prince Alexander and Crown Princess Katherine. It is said that at some tours, visitors can meet the lovely couple and learn all about the philanthropic work they have been doing. Visit the Royal Compound and learn about how the Karadjordjević family helped shape modern day Serbia.