Galway, Ireland: The City of Novelty and Flavor 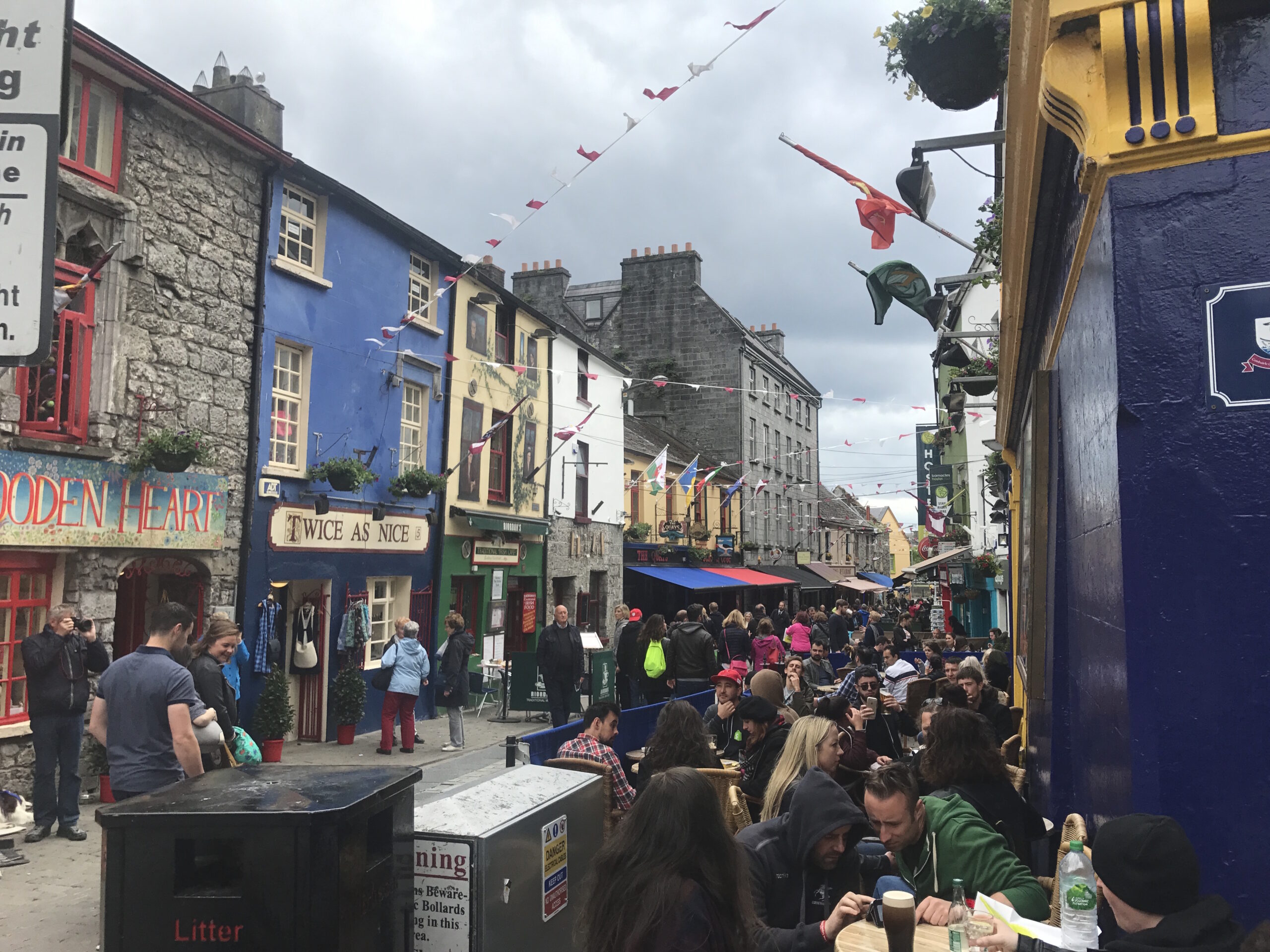 According to the International Institute of Gastronomy, Galway has “one of the highest densities of restaurants in the country.” Given Galway’s thriving foodie scene and its affinity for traditional and modern cuisine, it’s no surprise that this city was named the European Region of Gastronomy in 2018.

To date, Galway is also known as the “Cultural Heart of Ireland” because of its close association to traditional Irish language, music, and dance. This beautiful city is full of interesting places that reflect the heart and soul of Irish cuisine. If you’re a foodie looking to trek a bohemian city with a vibrant lifestyle in search of an interesting new place to try out, this place is it. There’s something here for people of all walks of life.

The latin quarter of Galway is the heart of Galway. This section of the city is lined with cobblestone streets, restaurants, buskers, and craftsmen selling beautiful artisanal items. The King’s Head Bar and Bistro is 800 years old, showing up in maps that go as far back as the year 1651. This place even has historical ties to the execution of King Charles I.

Have a beer inside this old fashioned pub, complete with its original fireplace and centuries old architecture. And while you’re at it, enjoy the delicious locally sourced menu options. Don’t let this historical gem fool you, the menu is sure to wow you with its fresh twist on traditional Irish cuisine and artisan foods. As one of the oldest buildings in this sector of Galway, this place is definitely worth a visit.

“Cupán Tae” in Gaelic translates to “cup of tea” in English. This quaint tea shop is located in the Latin quarter of Galway. Tea is an integral part of Irish culture dating back to the 1800’s, and it’s taken very seriously in this small shop. Traditional teas are typically served at 11:00 a.m, afternoon tea is typically served between the hours of 3 and 5, and high tea is served in the late evening. Here, you can find a huge selection of Irish teas of all kinds as well as pastries, and even a brunch menu. Have a relaxing cup of tea and unwind at this cute, Instagram friendly tea shop. The Alice in Wonderland esque atmosphere will both calm and intrigue you.

Galway is no stranger to the world of fine dining. With its affinity for fresh produce and hearty cuisine, there’s a high chance that you’ll run into a couple of Michelin star rated restaurants. One such restaurant worth recognizing is Aniar, for its focus on cooking from the west of Ireland. If you’re an adventurous eater who is interested in conducting a deep dive investigation on Ireland’s food, this is the place to start.

Sample hand picked, locally sourced food and pair it with a variety of delicious wines. The chefs will show you everything there is to know about cooking and preparing Irish food. From procedures such as curing, pickling, and smoking, you’re sure to leave the restaurant feeling inspired and full of awe.

Fun fact: Ireland is currently one of the biggest consumers of chocolate in all of Europe.

Ireland began producing gourmet chocolate in factories back in 1986. Since then, it became a luxury item that ended any proper dinner party or special occasion. It has also been hailed by the Irish as a gift to express a compliment. Make your way to Hazel Mountain Chocolate, where the artisans can show how they make chocolate from scratch. Observe every stage from bean to chocolate from behind a panel, and then taste the results for yourself in the factory’s cafe. There are various interesting types of artisanal chocolate to choose from. There’s even dairy free chocolate!

Finish off your day with a couple of beers at the Tigh Neachtain Bar. This long standing bar sits right on the corner of Cross Street and Quay Street in the center of the city. Run by the Neachtain family since the bar’s conception in 1894, this pub is where you will find a lot of history while also enjoying a quiet drink at the back bar among locals and tourists alike.

If you look around you may notice some theatrical posters and pictures adoring the walls. This is due to influence from the Druid Theatre, which is just across the street. This rustic building was once home to Richard “Humanity Dick” Martin, M.P., who both co – founded the Society for the Prevention of Cruelty to Animals and initiated Galway’s first theatre in 1783. Tigh Neachtain Bar is the perfect “iconically Galway, iconically Irish” pub that will let you experience Ireland’s friendly culture up close.