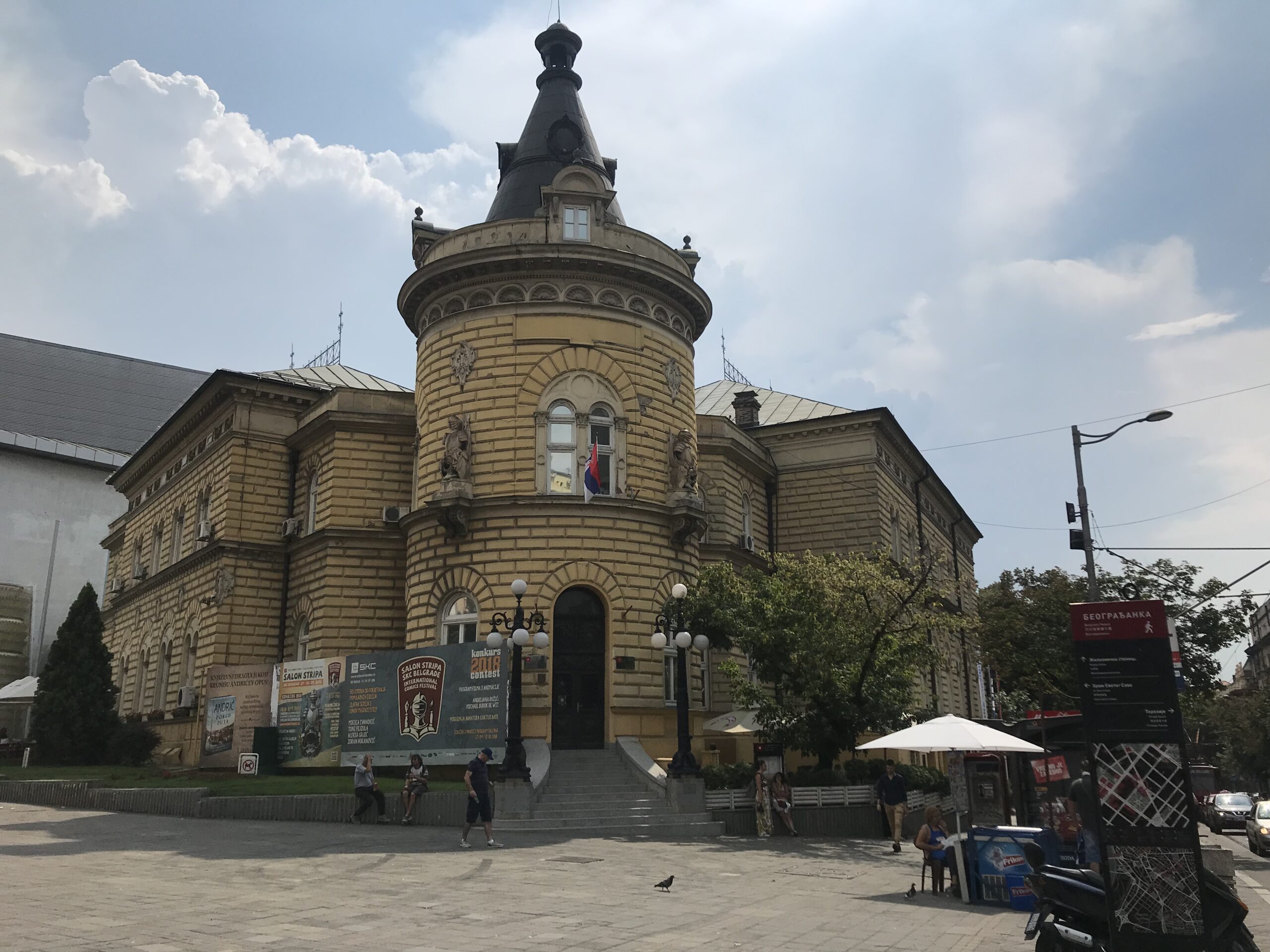 Long ago the city of Belgrade was nicknamed the white city due to the way its impenetrable fortress appeared white from the river. Although the city has undergone rapid modernization since then, the original nickname, along with the fortress still stand.

The notorious Belgrade Fortress is built out of white Tašmajdan limestone. It was destroyed and rebuilt many times since its inception, earning it the status as a symbol representing the city that keeps on growing. Understanding the fortress’ history means understanding the people of Belgrade. Each group who occupied the fortress left a mark that still remains to this day.

This structure was built on a ridge above two big rivers and also houses a well, a tower, a türbe, and a basketball monument among other things. Along the fortress is also Kalemegdan park, which is a serene, well – kept park with statues of famous historical Serbian figures. There are statues of many prominent writers, scientists, and politicians throughout the park.

Nebojša is Serbian for fearless, which is the best word to describe this quaint but mighty tower which once served as a defensive structure inside the Belgrade Fortress. This tower also served as a dungeon at one point, but was later adapted into a museum.

It was built in the early 15th century by the Hungarians who ruled Belgrade at the time. They used this tower to defend themselves against attacks from the Ottoman Empire after the Siege of Belgrade in 1456. Today, it’s a prominent tourist destination thanks to its location next to anchored barge-restaurants. Since August/September of 2007, the “Fish Fest,” a cooking competition between Serbian chefs and surrounding countries has taken place here.

This bank was founded in 1882 to promote savings, support small businesses, and to aid the poor in Belgrade. After the Karadjordjevic dynasty came to power, the liberal bourgeois regime of Petar the I improved the country’s economy. The bank operated up until 1944 which made it one of the most important institutions of its kind. This building represents the beginning of the modern reconstruction of Belgrade and has been a cultural monument since 1979.

This palace is situated in right next to the Sava River, one of the oldest parts of Belgrade. It was built as a home for Prince Miloš Obrenović, his wife Ljubica and their children. Today it’s a Monument of Culture of Exceptional Importance. It’s also open to visitors. If you find yourself here, you can stop by to learn about the private life of the ruling family, their dressing habits, and their approach to raising their children. You can even have some coffee and homemade lokum at the end of the visit!

The Princess Ljubica’s Residence was not just a residence for the royal family. In fact, years after the family no longer lived there it became the Lyceum of the Principality of Serbia, then the First Grammar School of Belgrade, and then the Supreme Court of Appeals. The Institution for education of deaf and dumb children was also here in 1912 followed by a Contemporary Art Museum in 1929. This building is truly a marvel that deserves a quick visit!

Mika Alas, formerly known as Mihailo Petrović was a distinguished Mathematician and scientist who lived and worked in this house until his death in 1943. The house was designed by architect and fellow professor Petar Bajalović in 1910.

Petrović contributed to the study of differential equations, phenomenology, and engineering mathematics, as well as invented one of the first models of a hydraulic analog computer. He was also a master fisherman. If you walk by this house, close your eyes and imagine what it was like to have been around during this age of scientific discovery. A common saying that would often be said about this house was: “in Kosančićev venac 22 lives half of Serbian science”.

The Officers’ club was built in 1895 by the order of King Aleksandar Obrenović, who wanted to provide a place for the Royal Serbian Army officers to lounge and have fun. This cultural monument was constructed during a period of strength in the kingdom.

It was designed by architects Јоvan Ilkić and Мilorad Ruvidić who built it in a style akin to Romanticism mixed with a bit of influence from the early renaissance. After World War II, this stout building was nationalized by the communist government and later given to Belgrade University in 1968. Take a peek inside and you’ll immediately notice the rustic designs that decorate the central room.

This is the oldest surviving Elementary school in Belgrade! It was built in the early 20th century by Jelisaveta Načić, the first Serbian female architect. During its prime, it was the most modern elementary education institution in Serbia.

It was also here that students participated in the first gym classes ever held in Serbia. Some of these students even went on to join the Yugoslav basketball national team! Today, there is a Pobednik monument in the school gym. The monument was erected in 1928 and is currently the most representative landmark of Belgrade. This architectural feat is a cultural monument that educated notable Serbian figures who went on to revolutionize Serbia into what it is today.