Immerse Yourself in Saint Stephen’s Green in Dublin 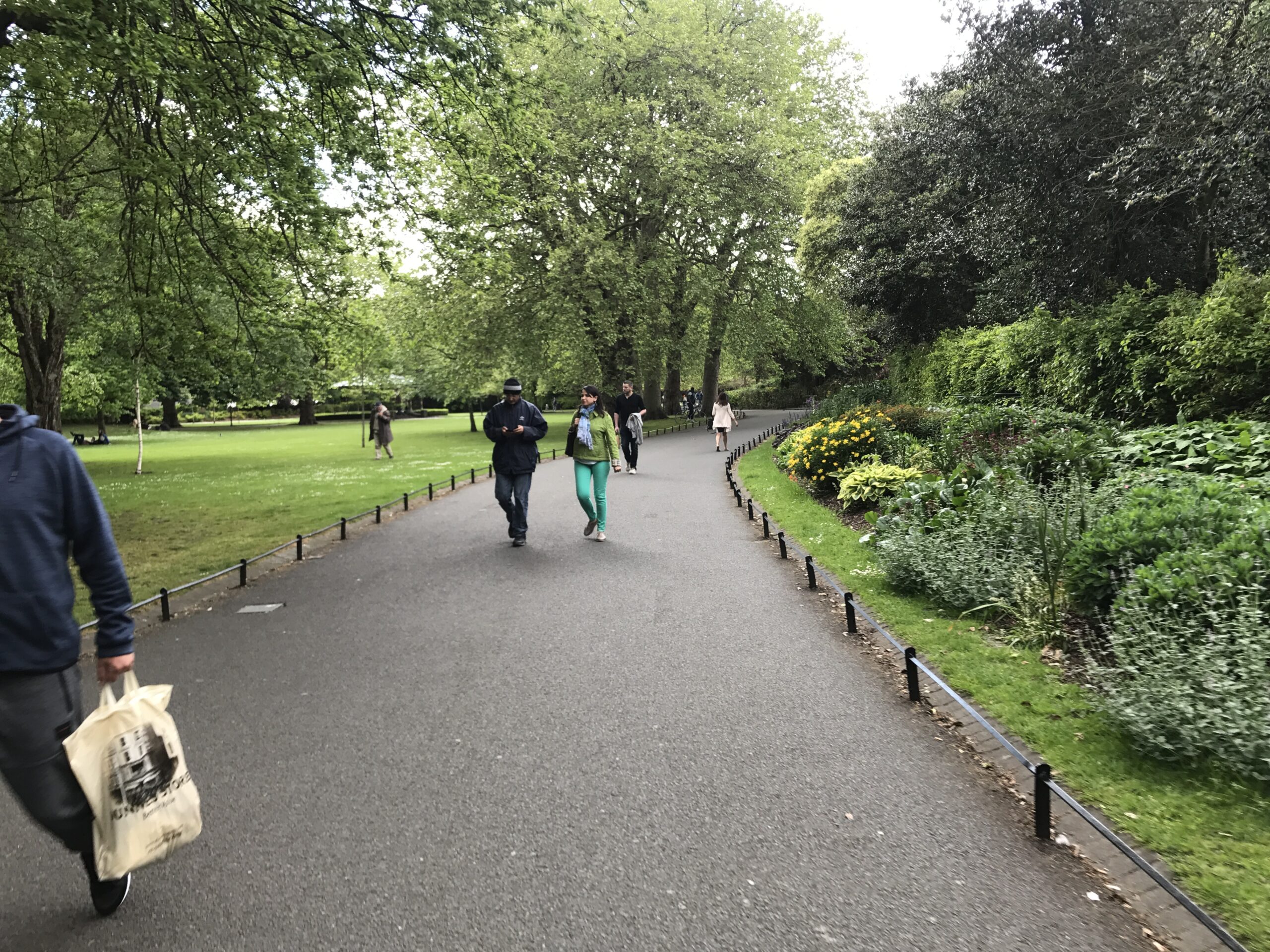 Head to Dublin’s Saint Stephen’s Green Park for a serene walk among some of Ireland’s interesting history and culture. Whether you take a quick walk through the park or take your time trekking the land, you’re sure to stumble upon something interesting. For our walk, we came across many historical statues, a beautiful lake, and neatly trimmed pastures.

Saint Stephen’s Green is something to behold. Located in Dublin’s lower sphere, this 22 acre park is fully accessible from every corner. This public park lies at a six minute walk from St.Andrew’s Church, and sits adjacent to Dublin’s main shopping street, Grafton Street. It re – opened to the public in 1880 and has remained open ever since.

Read on to learn about some of Ireland’s complex history as found inside the park.

Walk through the North East entrance of the park and you’ll stumble upon your first set of historical statues. Built in 1964, the Wolfe Tone Monument is dedicated to the Theobald Wolfe Tone, who led the Irish rebellion of 1978 against the British. He was taken prisoner by British forces, where he refused an offer of escape from French allies.

Instead he declared, “[t]o contend against British Tyranny, I have braved the fatigues and terrors of the field of battle […] After all I have done for a sacred cause, death is no sacrifice”. He later died in Provost’s Prison in Dublin at 35 years old. The monument is dedicated to his bravery and his loyalty to the Irish people.

Also located at the beginning of the park is a memorial dedicated to the victims of the great Irish Famine. The Irish Famine shook the nation to its core in 1845 when a fungus swept through Ireland. It ruined half of the country’s potato crop that same year. Every year after that, it took three quarters of the crop. The tragic situation took approximately one million Irish lives. This memorial is a tribute to the lives that were in close proximity to the tumultuous moment in Irish history and their efforts to rise from the prevailing hardships they faced.

Further inside of the park is a large artificial lake. It spans over the length of the park. This lake is home to ducks and other waterfowl that lurk in its waters. Adding to the lake is an ornamental gazebo and a stone bridge named the O’Connell Bridge. The lake is also fed by an artificial waterfall which gets its water supply from the Grand Canal in Portobello.

At the center of the park you’ll be met with a wonderful green oasis brimming with life. There are a couple of benches, vibrant flowers, and neatly trimmed plots of greenery. But the highlight of this section of the park are the delicate fountains located at either extreme of the park’s center. These stout fountains are located in the same vicinity where an incident that served as the basis for the famous novel Ulysses by James Joyce took place. In 1904, Dublin-born Joyce got into a fight in the park and was later tended to by a man who was the inspiration for one of the characters in the story. Look around the area and you may just find the author’s bust, which is also displayed in the center of the park.

This fountain is located near the Leeson Street gate. The sculpture consists of three bronze figures representing the Norns (the Three Fates): Urd (past), Verdandi (present) and Skuld (future). Around the fountain are three plaques written in English, Gaelic, and German respectively. On the plaques are the following words: “This fountain, designed by the sculptor Josef Wackerle, is the gift of the people of the German Federal Republic to mark their gratitude for Ireland’s help after the war of 1939-45. The bronze group portrays the three legendary fates spinning and measuring the thread of man’s destiny.”