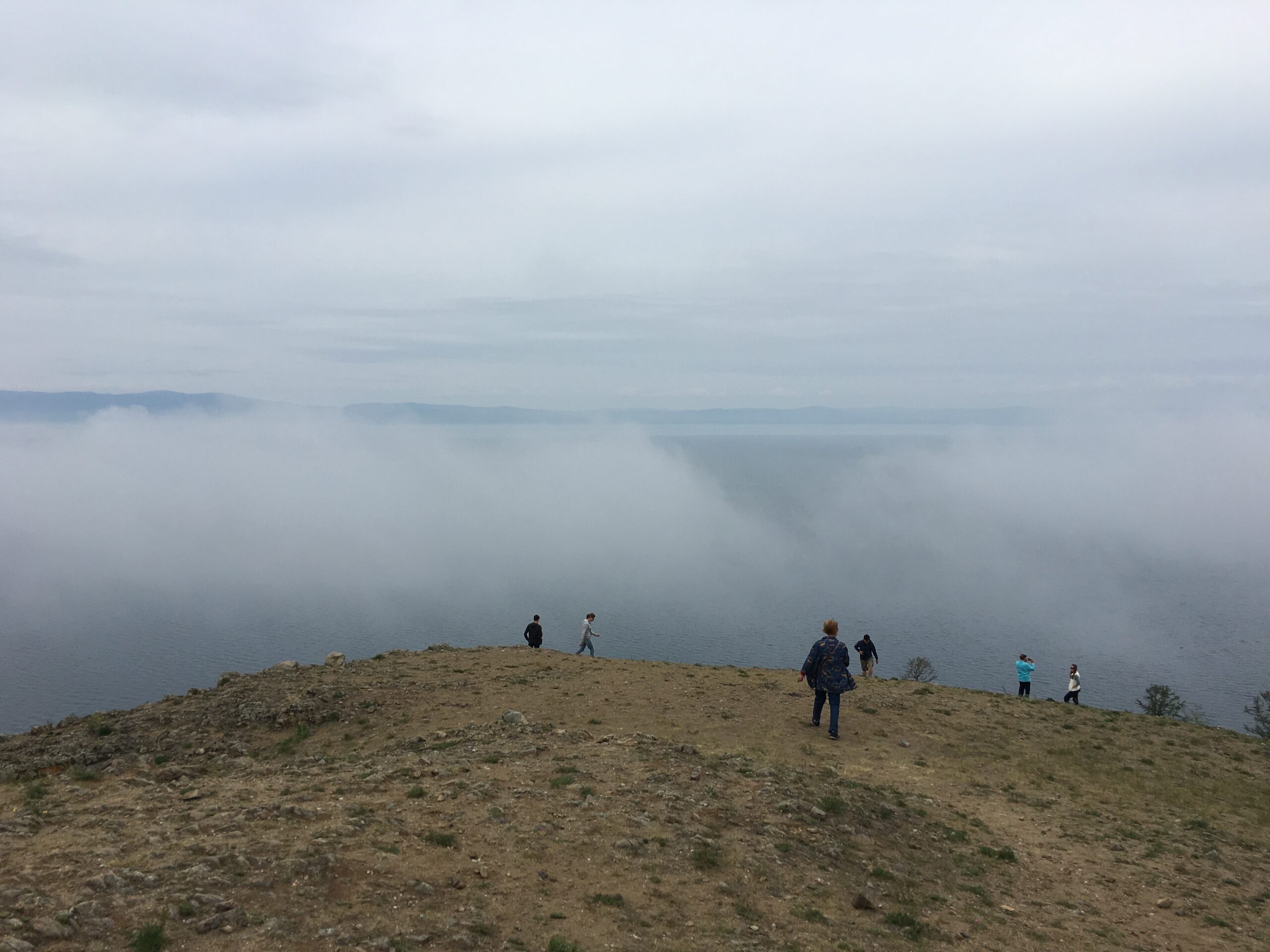 Those seeking to connect to nature will love Olkhon Island. While the small lake island is not a popular tourist destination for foreigners (easily due to its limited accessibility options), it is a must visit for anyone looking to explore a sentimental, ethereal side of Siberia. From its untouched lands and shapely mountains, to its deep cultural roots lingering in every inch of the island, this place is the perfect place to witness an unspoiled destination on your own. Olkhon island contains about 20 percent of the world’s unfrozen fresh water and is home to abundant wildlife. Unesco calls it “the Galápagos of Russia.” Our trip to this island was unforgettable due to its sincerity and its delicate charm. We not only spoke to locals about the kind of lifestyle that exists within this island, we also explored it for ourselves. Here is what you can expect to see on a one day trip to this beautiful island: Traveling to this city is no easy feat, but for the sake of an unobstructed view of the enormous sacred Baikal lake, it is definitely a must do. We decided to make this 8 hour trip from Irkutsk via a ferry, which took us to a van, which then got us to our destination. From there, we set up in our room, and began our journey. The island is a part of the Pribaikalye National Natural Park. It is home to a plethora of fauna including: grouses, partridges, woodpeckers, sandpiper, ducks, larks, swifts, wagtails, lynxes, hares, red foxes, squirrels, polecats, weasels, voles, and more. There are also trees that date back to the ice age, wild strawberries, blueberries, blackcurrant, redcurrant and more flora. True to its conservatory nature, there are also clean dirt roads that made for a very bumpy ride!

Our tour guide told us some interesting information about this small city. First off, the city is very small, with an indigenous Buryat people population of about 100. The Buryat people were the first to inhabit Olkhon Island, bringing along with them a spiritual belief system that combines Buddhism and shamanism. Olkhon is considered the spiritual epicenter of these two religions. They are also one of the biggest groups of people native to Siberia. These indigenous islanders have managed to preserve their way of life in this village for years. It is also a highly accessible location by car, bike, or by foot. In fact, it often sees visitors who admire its open 360-degree landscape. Once there, we saw some campsites with yurts as well as guesthouses. Some were stocked with interesting pottery and handmade materials that we just couldn’t get enough of!

Located at the middle of the west coast of Olkhon Island, this historical sight is characterized by its twin peaked rock at the tip. This rock is connected to the island through a narrow isthmus and made from crystalline limestone with quartz. The Buryat name of the rock, ‘Burkhan’ comes from the Buddhist who named it after the God of Baikal. According to legend, this God’s abode is in the pass-through cave in Shaman Rock. This place had a lovely viewing post where we were able to see marble rock as it dropped steeply into Baikal. While we went during warmer weather, we were told that this place is especially beautiful in the winter when the lake is frozen and rocks are covered with ice.

This cape is located on the northernmost side of Olkhon Island. In Buryat language, Khoboy means “a fang, a molar”. This cape is also referred to as Deva Rock (Virgin Rock) because it also looks like a woman’s profile. This cape is known as a sacred place which served for performing religious rites. This cape is currently a place of power for the local shaman cult, as it is believed that this is where the first Buryat shaman was granted his powers.While standing on the cape, you can enjoy a view of the Maloye Morye (Small Sea) strait. We had 1 hour to walk around while the driver prepared us lunch. After this hike, we sat down with the rest of the tour party and got ready to eat at a small campfire picnic. The driver gave us a bowl of Ukha – soup with Baikal fish cooked over a campfire. This local fisherman’s soup is highly nutritious and dates back to the 12th century. While he was doing all his work, we also learned a little bit about how the locals cook. It was all a wonderful experience. Our next stop was this beautiful cliff where we saw what resembled a woman’s lower half spread out as if to give birth. According to tradition, this fertile rock will grant visitors a boy or a girl depending on which “knee” you walked to. The right is for girls and the left is for boys. Beaches on the West Side

A beach near the cape welcomed us to its clear blue waters. The pebble beach was the perfect place to relax after trekking in the forest! While there, we also saw other people lounging in the area with their bathing suits. Visitors to this part of the island can take the most awesome swim in their life! There are beautiful caves and black cliffs near this stretch of clear blue water. If water isn’t your thing, then you can admire how the ​​sand and powerful winds seem to push the exposed roots of the trees on the beach, creating the uncanny impression of “walking” trees. Beaches are found on the west side of the island, while cliffs are usually on the east side. Along sacred sites, you are sure to come across ribboned trees and posts such as the one pictured here. These ribbons are called ‘Khadag’ and represent different elements based on their color. Red is for fire, blue for the sky, green for earth, yellow for religion and white for milk. Pilgrims from around the world place these ribbons as part of a spiritual ritual. This ritual is recent, having been born from a misunderstanding. Originally ‘Khadag’ are supposed to be presented at Tsagaan Sar (Mongolian Lunar New Year), and are used for spiritual rituals. Today they’re placed on shrines and hung from trees. Nonetheless, they are beautiful and respected by those who visit.