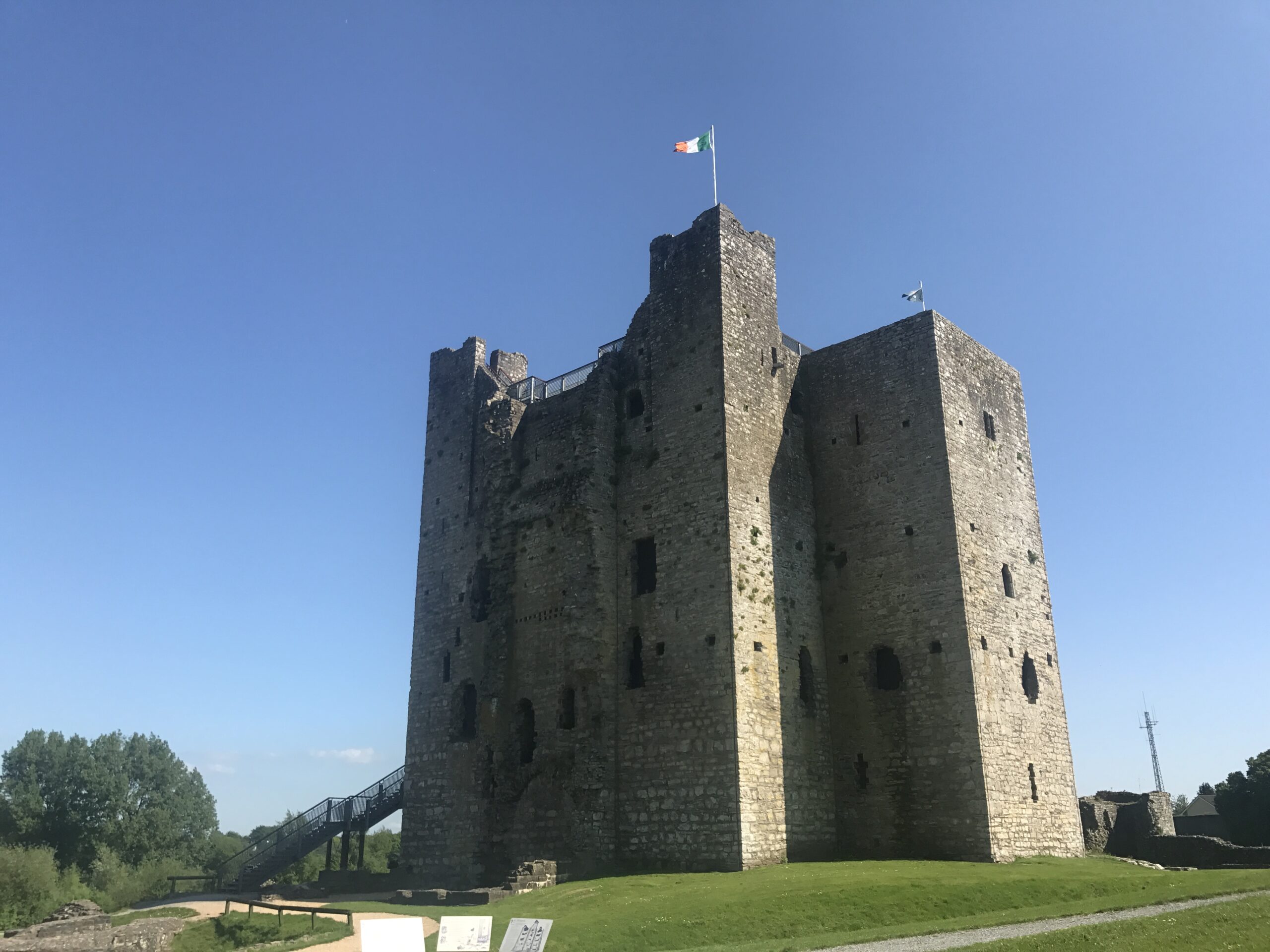 A visit to the historical Trim Castle is nothing short of a great time in the beautiful outdoors. Located on the south bank of the River Boyne in Trim, County Meath, this castle is a city treasure. Children and adults will find this place interesting, because there’s something new to see at every turn.

Historically, Trim Castle is a three story, Anglo – Norman structure that was built as a caput for the Lordship of Meath. It was built in 1172 by a man named Hugh De Lacy, who was granted the right to build the castle by King Henry II of England. De Lacy built a ringwork castle that would be defended by a stout double palisade. It’s believed that there may have also been defenses around the tops of the cliffs. Remnants of a stone footed timber gatehouse lie beneath the stone gate to the west side of the castle.

This twenty-sided tower is shaped like a cruciform and features a large ditch, a curtain wall and a moat. The site was chosen for its accessible position above the River Boyne. It protected the land while also serving as an important royal estate. Currently, it holds a place in the List of National Monuments in County Meath. You may hear locals refer to this castle as “Yellow Steeple” due to the color of its stones in the sun.

Take a trip to the beautiful Trim Castle, where you’ll find lush green pastures and various remantants of the structure still intact. For our trip we walked along the castle walls, taking lots of stairs, a couple sharp turns, and even a bridge. We even came across small models of the castle at different time periods. Kids and adults alike will enjoy trekking the castle hills with its low brick walls and winding paths.

If you decide to visit this grand monument, you can book a tour from the Trim visitor centre and learn firsthand about the magic behind this historical gem. The tour includes access to Trim Castle grounds and the Audio Visual Show at Trim Visitor Centre.

One interesting fact about this place is that it served as a location for the final scene of the Braveheart movie directed by Mel Gibson. The iconic scene where William Wallace (Mel Gibson) leads his men in an attack on this castle’s walls was filmed at this exact location!

Travel through the building’s exteriors and take in a piece of Ireland’s medieval past. This large statement of power is a reminder of that which served as a fortress, a symbol of fortitude, but most importantly, a home.