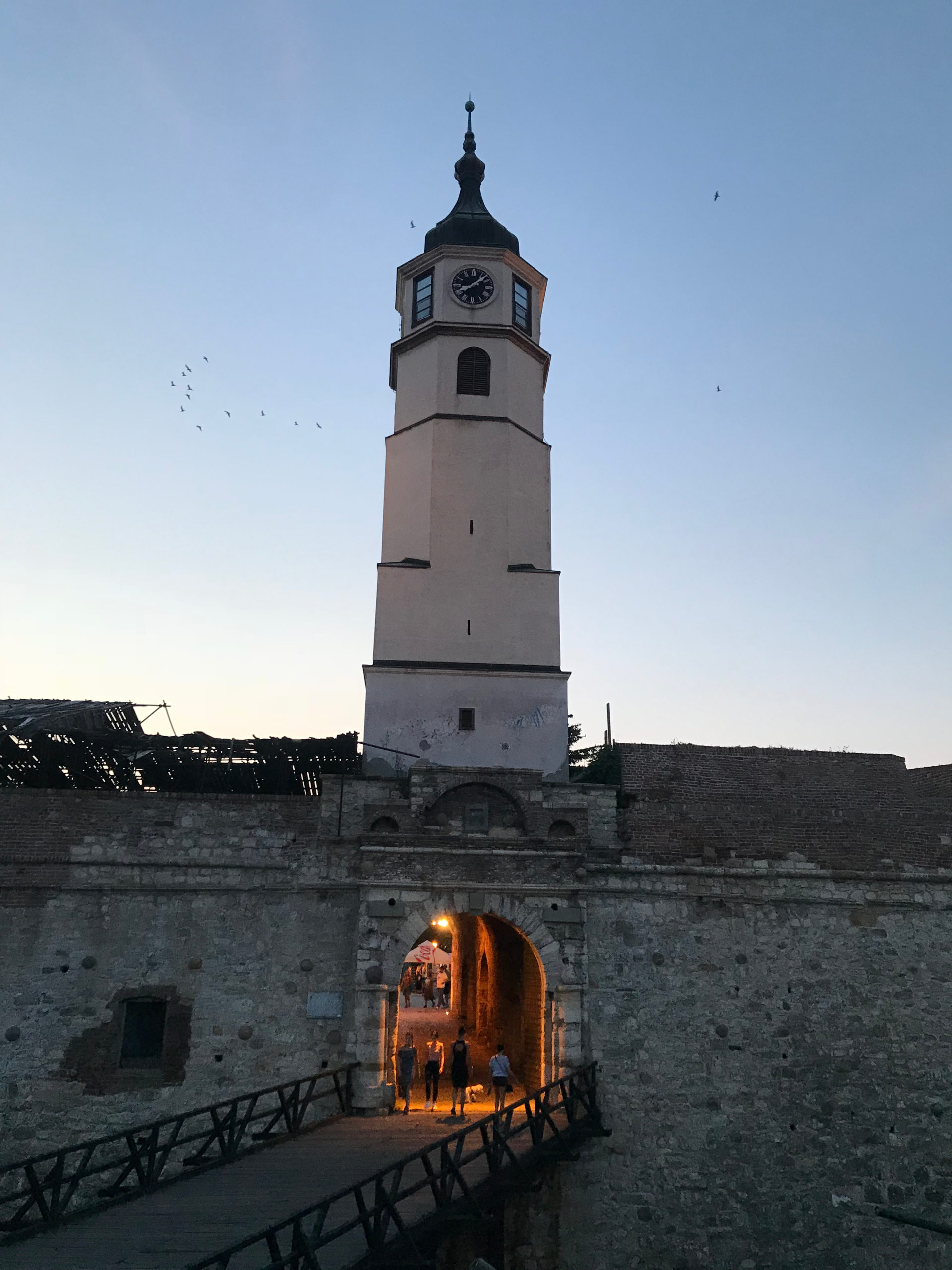 A trip to the beautiful city of Belgrade is nothing short of an unforgettable experience. There’s so much to see and learn about this place that it’s impossible to fit it all into just one article.

For our trip, we got to experience a variety of small cafes and interesting sights that not only surprised us, but taught us a lot about Serbia’s history. For this article however, we will talk a little bit about what we saw on a lovely tour around the notorious Belgrade Fortress.

We assembled in the outskirts of Kalemegdan park, just outside of the Belgrade City Library. The tour guide briefly explained the history of the library, telling us how this place was formerly a 17 room hotel reserved for royalty, but has since then been expanded into the library we see
today. This elaborate building is located at the very end of the most beautiful street in Belgrade, Knez Mihailova Street.

We Made Our Way Into The Park

Soon after we were ready to go, we began to make our way into Kalemegdan Park. We were met with a variety of small stands selling souvenirs and small keepsakes of all kinds. They lined
the entrance of the park. There were also lots of tourists all around the area taking a stroll. Right away, our tour guide began to explain the basic layout of the park as well as where the fortress was located. As we began to make our way to the fortress, the tour guide began to tell us a brief history of the fortress’ inception and the way it was used in its prime. Kalemegdan Park was once a barren area where soldiers prepared for different battles. While Serbia was under the Ottoman Empire for almost 500 years, Belgrade was under the Ottoman Empire for only 300 years.

Fun fact: The actual name of the park is composed of two words: Kale which means fortress, and Megdan meaning battlefield!

Along the way to the upper area of the fortress, we were surprised to come across both a tennis court and a basketball court! Located on the first level of the Belgrade Fortress, this tennis court is hard to miss. This addition to the fortress most likely came about from the influence of 13-Grand-Slam winning tennis champion Novak Djokovic. His influence as a tennis player can be found throughout all of Serbia.

The basketball court on the other hand, is located on the inner walls of the Belgrade fortress. Serbia loves basketball! Belgrade is currently known as the capital of European basketball due to the famous teams and clubs that formed there. According to our guide, this court is where basketball in Serbia began. Upon our visit, we witnessed a game between two teams of children take place.

The Layout of the Fortress

After the courts, our tour guide showed us a map of the entire fortress in order to familiarize us with the fortress and teach us about the meaning behind its history. She explained how the upper part of the fortress was fortified with two walls as means to protect the soldiers and commanders who resided in that part of the fortress. Long ago, it was established that whoever controlled this part of the tower, owned the entire city of Belgrade! What surprised us even more was that part of Kalemegdan park was formerly known as the first city of Belgrade. This would explain why there are so many gates in this giant structure.

Passing By One Last Gate

We passed by Sahat Kula gate, also known as the Clock Tower, before getting to the uppermost region of the fortress. Indeed, we noticed a giant clock tower looming over this man made trench. This part of the fortress is lined with tanks and a variety of artillery that is now a part of the nearby military museum.

Getting to the Top

The history of Belgrade is very long and it is certainly etched into every corner of this grandiose monument’s walls. Getting to the top was nothing short of a breathtaking experience. As the sun began to set, we were able to catch one last glimpse of the beautiful city of Belgrade in all its glory. Our tour guide was nice enough to explain how the desecrated walls that we could see from the top of the fortress are the remnants of a former castle, where despot Stefan Lazarević made Belgrade the official capital of Serbia. Belgrade, as our tour guide explained, is a resilient city that has been destroyed more than 14 times yet has always had the ability to rebuild. It is
truly an admirable feat that has formed the foundation of this city’s culture.