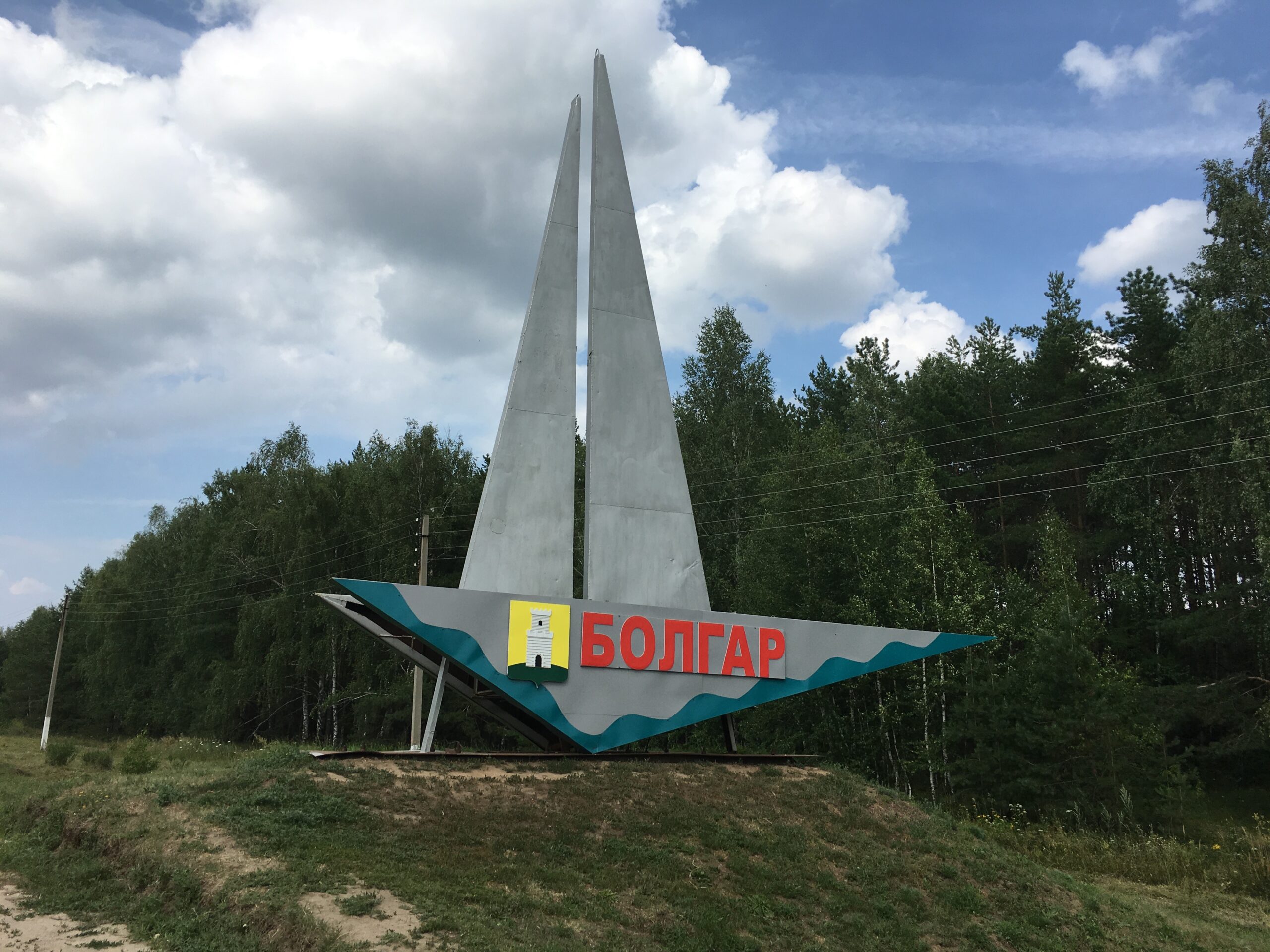 Situated just 200 kilometers south of the grand city of Kazan is the smaller, but equally as historical city of Bolgar.

This 13th-15th century city is home to a variety of historical sights that testify to the union between Asia and Europe. Bolgar reached its heyday during the Golden Horde era, where it became one of the most important cities in Eastern Europe.

Today, it is visited by thousands of travelers who visit the ancient settlement and its preserved ruins. Not only that, the city also sees visitors via cruise ships and ‘meteor’ motorboats. Those looking to learn about the Bolgar people’s rural way of life and the city’s religious revival will enjoy walking around the area and coming across things like large-scale monuments, picturesque ruins, and the world’s largest printed Quran.

For our trip to Bolgar we visited the Bolgar State Historical and Architectural Museum – Reserve to learn about the critical 10th-15th century history of both the Volga Bulgaria and the Golden Horde and to understand the great testimony its people left behind.

Here are some of the major highlights of our day trip to this beautiful city:

A Legend to Behold

The first thing we came across was a monument to the Sahibs. According to legend, the Prophet Muhammad had sent his three companions to Bulgaria under the guise of doctors who healed many of the sick in the city. Using the prophet’s staff, they also delivered a sermon for the first time on earth. This memorial serves as a symbolic reminder of the Volga-Bolgars’ acceptance of Islam as well as the 3 Sahaba of the Prophet. Carved into the stone is a turban, staff and feather, which represent the three gifts from Prophet Muhammad to the Volga Bolgars. This minaret was built out of cut tuff and limestone blocks in the late 14th century. It is made to resemble the structure of the large minaret also in the vicinity. It is 10 meters long and includes 45 steps inside leading up to a space on the top. There is also a legend here that says that those descending the steps of the Small Minaret must count the number of steps they pass so that their past sins can be forgiven. This tomb was built in the 14th century out of white limestone. It is part of a series of four structures which were later on mentioned in select historical sources. Inside the mausoleum there are 8 tombs under the brick tombstones belonging to Bolgar aristocracy including children and adults alike. There is also an oven inside along with floor heating channels. Further along, we encountered what is perhaps one of the most beautiful mosques we have ever seen. This complex was designed in 2012 after the famous Indian Taj Mahal. Today it attracts those who practice Islam as well as a great number of curious travelers. It is considered one of the most important religious buildings of the Republic of Tatarstan as many important religious conferences and prayers are often held here. For 150 rubles you can visit the Bread Museum, where visitors can learn about Tatar agriculture and technology behind bread baking. Witness the full cycle of bread production from sowing to baking and take part in the centuries old culture of the Tatar people. The museum also contains a “Genghis Khan” restaurant and a “Dom Chaya” (“House of Tea”) cafe. This octagonal complex is a shrine for Bolgar nobles. It is approximately 700 years old. The foundation is made out of white and grey limestone and light Volga tuff, which has kept much of the building intact. There are small holes located on the dome which represent a tribute to the yurt tent. A curious attribute is its structure, which enhances the building’s internal acoustics. Visitors can find an exposition detailing the stages of life of the city from the 11th century onward inside the complex. These structures are considered the main structures of the city because they represent the power of the state and the eminence of Islamic religion. In its prime, the Cathedral Mosque’s beautiful towers could be seen from kilometers away by foreigners on ships along the Volga river. The temple is also considered the main mosque of the past. The nearby church of Assumption is currently operating as a museum for past Bulgarian life. After ending our circuit around the museum, we stopped and took pictures of the mighty Volga river. The Volga river is considered the national river of Russia. It is also the longest river in Europe, which was a valuable asset to the rich Eurasian trading history in the city of Bolgar.