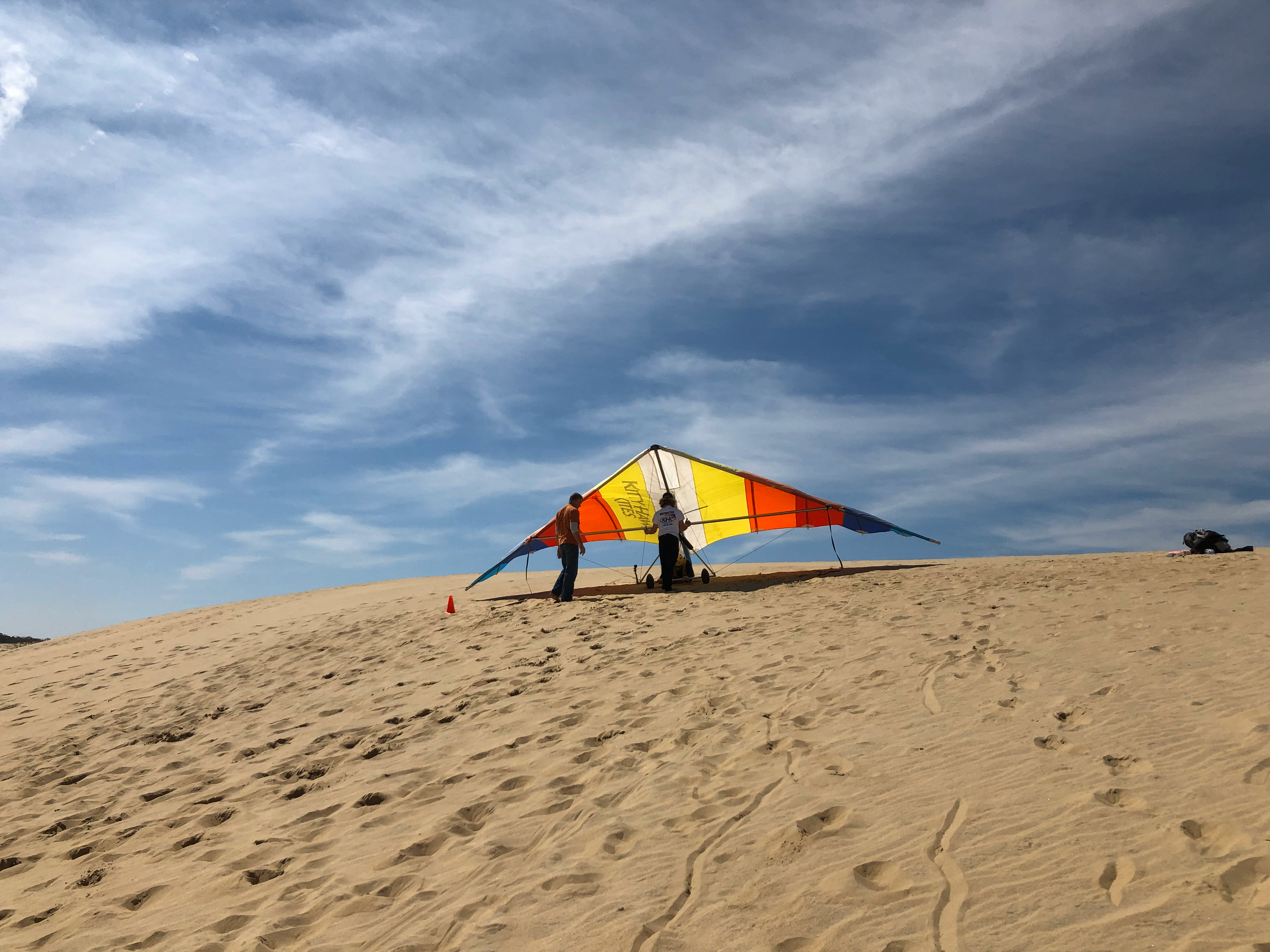 When people think about traveling in the United States, some of the more popular destinations tend to be in the states of New York, Florida, Texas, Nevada, California, etc. I secretly believe that that’s largely due to the fact that many are unaware of the beautiful destinations found in all the other states that aren’t as popular in the media.

New York gets its rep for its large skyscrapers, Broadway, and of course Wall Street, among other things. The same goes for the other popular tourism states with their own iconic tourist spots. And while they may be fun and full of exciting things, they don’t possess the lure of an overlooked scenic barrier island.

Read on to learn a little bit about the peaceful yet mighty Outer Banks of North Carolina.

This interesting monument is located in Kill Devil Hills. The memorial commemorates the first flights of Wilbur and Orville Wright who lived in this location for three years before launching their first aircraft in 1903. It is a U.S. National Historic Landmark.

No trip this part of North Carolina is complete without visiting this memorial, due to the impact that their invention has had on the world as we know it. While you’re in the area be sure to check out the replicas of the Wright brothers’ living quarters. If you head to the visitor’s center and museum you’ll find reproductions of the famous 1903 flyer. Admission into this wonderful park is $7 for adults (16+) and free for those who are 15 years old and under.

Bodie Island is a 72 mile – long peninsula connected to the Nags Head area of the Outer Banks. It stretches from the Oregon Inlet into Virginia Beach, VA. There is much to see and do on your trip here. Take a walk on the gorgeous beaches, drive a Corolla via the 4WD ramps on Duck, and stop by the Bodie Island Visitors Center to get a feel for what the area is really about.

Along the way, make a quick stop at the Bodie Island Lighthouse, which is fully operational. It was built in 1872 and stands 156 feet (48 m) tall. The black and white lighthouse includes 214 steps that spiral to the top. It was first destroyed and rebuilt in 1859, only to be destroyed again by Confederate soldiers during the Civil War who feared that it would be used as an observation post by the Union. Today, it is open to the public from 9 a.m. to 5 p.m. daily.

Queen Elizabeth I of England?! Yes. This tranquil garden is a tribute to the first English colonists who settled in the lost colony of Roanoke under Sir Walter Raleigh. The reason it is under Elizabeth’s name however is due to its design, which mimics the gardens that once entertained Queen Elizabeth I.

Enter this oasis and you’ll find about 500 different species of plants, 85 varieties of camellias, and an oak tree that’s been growing since 1585. Some of these plants were donated to the gardens from generous benefactors around the world.

For the adrenaline junkies and those who pursue active lifestyles, there’s hang gliding at Kitty Hawk beach! Kitty Hawk Kites’ Hang Gliding Training Center is the largest hang gliding school in the world and has been teaching its students since 1974.

Book a private lesson with seasoned instructors who will show you how to prepare for an aerial experience like no other. The instructors will be sure to teach you everything from flight execution to the type of gear you need to have for safe and fun hang gliding flights.