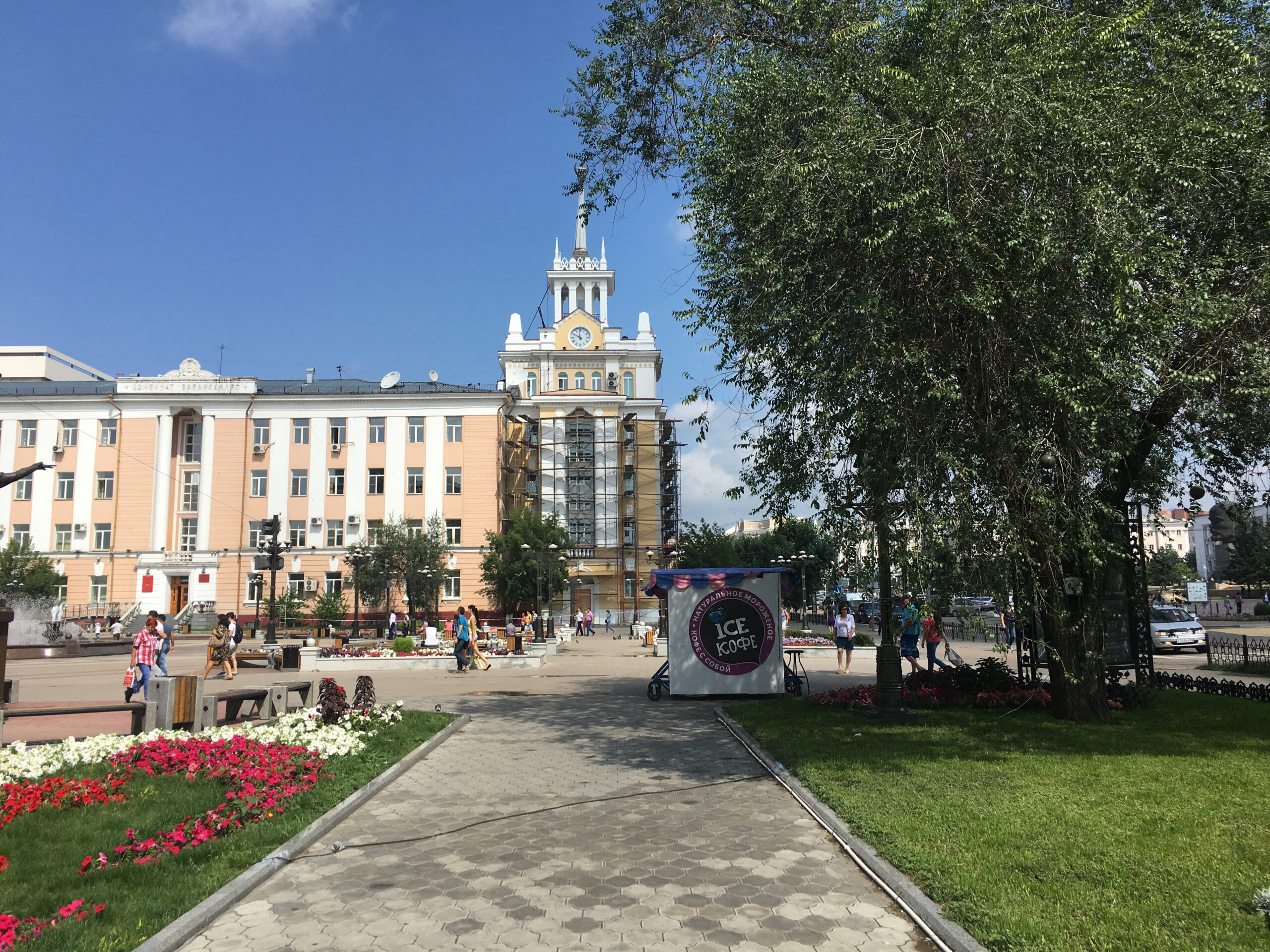 A trip to the quaint city of Ulan Ude will easily defy your expectations about the cold, dreary image that follows Siberia’s weather. In fact, contrary to popular belief, Ulan Ude actually sees 300 days of sunny weather each year.

But the surprising details about this city don’t stop there. For those who have yet to visit, you’ll also be surprised to know that Ulan Ude dates back to the 5th century as a settlement created by the Evenks, an indigenous peoples of the Russian North. It was later settled by the Buryat Mongols whose descendants currently make up a third of Ulan-Ude’s population. Today, Ulan Ude is considered the capital of the Republic of Buryatia, which became a part of Russia in 1920.

Walk along the city’s ample clean streets, and you’ll be sure to notice its overall mellow vibe. From its colorful, well kept flora to its sleek yet traditional architecture, visitors are sure to fall in love with Ulan Ude’s charm.

One thing that really stands out about this Trans-Siberian Railway destination is its interesting fusion between its historically Tsarist Russian and Eastern influences. Its current atmosphere may largely have to do with the fact that the city is located close to the border between Russia and Mongolia. Visitors can expect to see sights such as Buddhist monks in orange robes walking the same streets as Orthodox priests.

Of the Russian influences found in the city’s modern center, what immediately stood out to us was a giant bronze statue of Vladimir Ilyich Lenin’s head. This 7.7 meter (25 foot) statue was made by artists G.V. Neroda, Yu. G. Neroda in 1970 to commemorate the centennial of Lenin’s birth. Today it’s considered the main attraction of Ulan-Ude by the city’s residents themselves.

After taking obligatory pictures of this marvelous structure, we made our way around the rest of the official government buildings in the area, stopping to take a break at the nearby Musical Fountain. Situated in front of the Buryat State Academic Opera and Ballet Theatre, this location is perfect for its open space with various benches. Visitors can take a break from exploring whilst surrounded by beautiful flowers and friendly people.

Walk further down the street and you’ll find yourself with the lovely Triumphal Arch the Royal Gates. This structure represents the one built in 1891 in honor of Crown Prince Tsarevich Nikolai Aleksandrovich, who was returning from Japan via Ulan-Ude. The original was destroyed in 1936 but restored in 2006 by the city. This is a monument you can’t miss on your next visit!

Directly across from the arch is also a statue of two seagulls which symbolizes love and respect for nature. Buryatia is known for diverse landscapes, abundance of unique animal species, and natural hiking trails. The city takes environmental concerns seriously also due in part to its proximity to the sacred Lake Baikal. This deep lake currently holds 22 percent of our planet’s freshwater supply.

Once there, we continued our trip through what is considered the most beautiful street in Ulan-Ude – the Arbat. Formerly a residential area for the city’s wealthiest elite, it is currently a popular tourist destination filled with interesting stores and restaurants along the way. There are also various statues also found in the area. One of the Oriental influences found within this part of the city is a fountain with a monument of a fish.

For those who are unfamiliar with the area, or did not plan what to do, there are a couple of maps around the area with some of the city’s main historical attractions. The maps are written in both Russian and English with pictures of some of what to look out for.

Ulan Ude is part of the official list of Russian historical cities for its total of 234 sites of cultural heritage. The city is steeped in its Russian and Mongolian roots with a population of about 430,000 people. The ethnic background of the city’s people consists of 62% Russian, 32% Buryat, 0.5% Tartar and others.

Visit Ulan Ude for a day, and learn all about this city’s interesting history up close. There’s so much more to see and do than meets the eye. For those looking for a quick escape from the noisy city, this place is the perfect place to escape to.