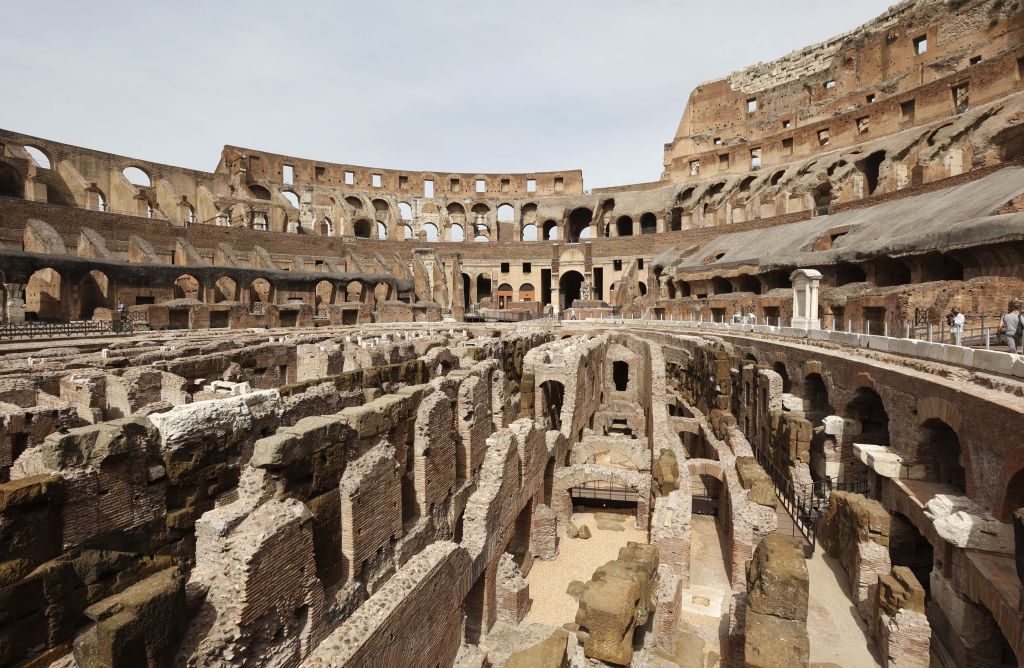 For the first time in history, visitors can walk along the subterranean level of the Roman Colosseum. You read that right!

This is the first time the Colosseum opens its doors to the public since the height of its operation almost 2,000 years ago. During that time period, the underground level, or “hypogea,” was exclusively open to gladiators and animals who would use these passageways to make their way into the arena. Today, tourists and visitors alike can expect to walk along the preserved corridors and archways via a 525 foot wooden walkway. They will also be able to catch a glimpse of the rooms where gladiators and animals waited for their turn to mount the elevator which would catapult them directly onto the arena.

The restoration efforts for this $29.8 million project was led by Italy’s Ministry of Culture along with Italian fashion brand Tod’s. According to Artnet News, the project started in 2018 and included a roster of 80 experts, including archaeologists, architects, conservators, engineers, and geologists. According to CNN, the team used photographic surveys, surface mapping, and meticulous cleaning methods to wash away centuries of dirt, deposits and microorganisms such as algae and lichen. Director of the Colosseum Archaeological park Alfonsina Russo said the project will give visitors a better understanding as to how the Colosseum once functioned via a speech at a ceremony unveiling.

“This restoration is absolutely important for the archaeological research because it enables us to reconstruct its history,” said Russo to CNN. “This was the backstage of the shows that went on in the area. [It is the location for] all the preparation, even the technology — they brought props, men, and animals up into the area through a series of elevators and cargo lifts.” Plans are currently underway to build a retractable wooden arena that will cover the hypogea as they once were 2,000 years ago. The stage is expected to give visitors a better understanding of how the Colosseum used to be. These efforts are being led exclusively by the Ministry of Culture who also hopes to use the future project to host concerts and other types of cultural events.